The Humber could be the location for one of the world’s first low carbon Hydrogen Towns within the decade, after Cadent and Equinor joined forces to realise this ambition. 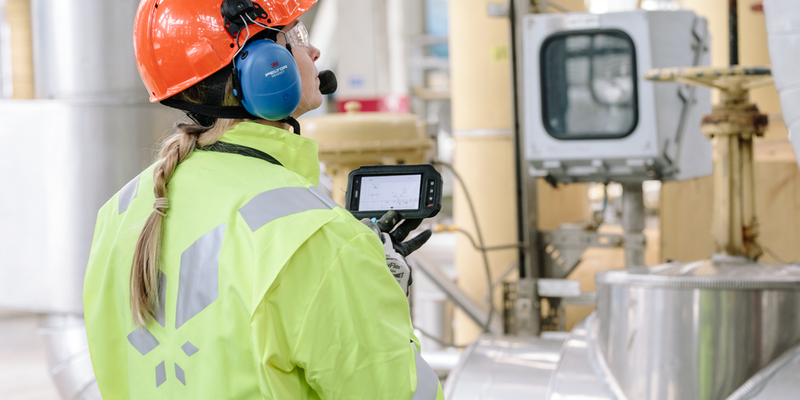 Cadent and Equinor will work together to assess what a hydrogen town conversion could look like in Lincolnshire. Converting the gas networks of a town from natural gas to 100% low carbon hydrogen would drastically reduce the carbon emissions linked to home heating and could bring down overall emissions in the town by around a quarter.

Gas distribution network operator Cadent and energy company Equinor have signed a Memorandum of Understanding (MOU) to develop the technical assessments and concepts for hydrogen production, storage, demand and distribution for heat, in line with Government targets to decarbonise domestic heating.

The Government’s recently published Ten Point Plan and Hydrogen Strategy set out the potential for the low carbon gas to decarbonise gas networks, noting that “heating comprises 74 per cent of buildings emissions in the UK and about 23 per cent of all UK emissions”. It also sets out pioneering trials of hydrogen heating “beginning with a hydrogen neighbourhood trial by 2023, followed by a large hydrogen village trial by 2025, and potentially a hydrogen town pilot before the end of the decade”. The Government is planning an initial ‘neighbourhood trial’ of approximately 300 homes in Levenmouth, Fife, due to start in 2023.

Often labelled the UK’s ‘Energy Estuary’, the Humber is the ideal location for such pilots due to the number of proposed low carbon hydrogen production projects, including Equinor’s H2H Saltend, the kick-starter for the wider Zero Carbon Humber scheme. As the gas network operator for Northern Lincolnshire, Cadent would assess which parts of its distribution infrastructure could be used to carry hydrogen instead of natural gas and develop any new infrastructure required.

Whilst aiming to initially explore both blending and 100% hydrogen options in targeted pilots in the Humber region, the future ambition is to enable the decarbonisation of the gas grid across the North of England and East Midlands, including to major conurbations in South Yorkshire.

“This is a fantastic opportunity for the Humber to target yet another ‘world first’ in the low carbon energy agenda, making it a beacon for global investment, innovation and economic growth. Hydrogen offers one of the few options to reduce domestic heating emissions and we see great value in these UK trials happening here. We can continue to build on the multiple exciting hydrogen proposals in the Humber, including the flagship Equinor project at Saltend, to make this region a real focus of expertise in this growing sector.”

“Northern Lincolnshire is primed to play a major role in the UK hydrogen for heat revolution. With a Hydrogen Transmission Pipeline already at detailed design stage, potential for large-scale hydrogen production and storage nearby and a gas distribution network that is ready to be re-purposed, it’s clearly an ideal location for a Hydrogen Town pilot. We look forward to developing our plans with Equinor.”