The consortium behind flagship renewable hydrogen project Gigastack - ITM Power, Ørsted, Phillips 66 and Element Energy - has published a major report, highlighting the progress made to date and describing the pathway to a final investment decision and commercial operation of a 100MW scale electrolyser system powered by offshore wind in 2025. 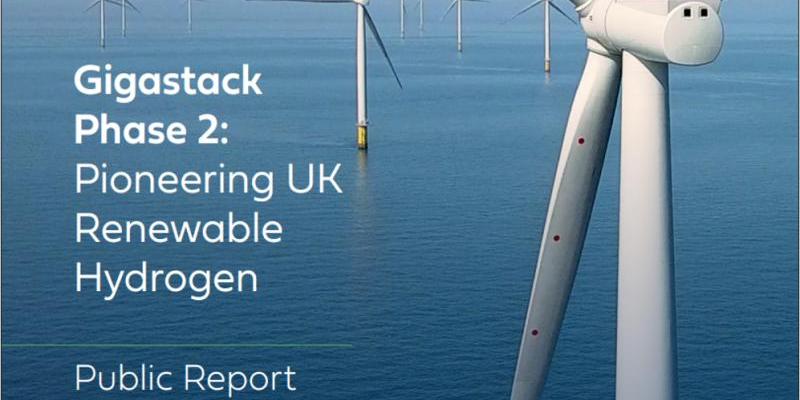 Funded to date as part of the Department for Business, Energy and Industrial Strategy (BEIS) Hydrogen Supply Competition, Gigastack is an ambitious multi-phase programme aimed at proving renewable hydrogen at industrial scale and demonstrating the full decarbonisation potential of offshore wind in the UK’s largest industrial cluster – the Humber.

The two central tracks of work for Gigastack Phase 2 have seen:

Once built, Gigastack will support the decarbonisation of the Humber region, the UK’s largest industrial cluster, and support the UK’s offshore wind and electrolyser supply chain competitiveness. Gigastack will also lay the groundwork for future expansion in the Humber region and will catalyse the renewable hydrogen sector by providing a blueprint for scalable electrolyser technology in the UK.

The project has already helped create more than 100 jobs at ITM Power’s Gigafactory and the initial 100MW is projected to create an additional 180 jobs, whilst an expansion to 1GW by 2030 could contribute up to £2.5bn Gross Value Added and 1,700 permanent jobs to Immingham’s local economy.

The Gigastack consortium’s main goal is to now reach a final investment decision in the next 18-months and work towards a commercial operating date in 2025, subject to a supportive policy environment. The consortium will seek to work with UK Government over the next twelve-months to secure revenue support, agree specific deployment targets for renewable hydrogen and ensure the Gigastack deployment target of 2025 is achieved.

“The findings from the Gigastack project provide an important step for renewable hydrogen in the UK and highlight the decarbonisation opportunities achievable with the right support framework in place. Offshore wind provides enormous potential with the installed capacity we already have in the UK and with huge amounts more to come. There is a genuine opportunity to support the pathway to net-zero for energy-intensive industry through truly green hydrogen and for the UK to be at the global forefront of renewable hydrogen development and deployment.”

“The launch of the Gigastack public report represents an important milestone for renewable hydrogen in the UK and demonstrates its key role within industrial decarbonisation. The work is testament to the close collaboration between consortium members and we are proud to have contributed with our skills and experience of operating large scale hydrogen production units for over 50 years. The Phillips 66 Humber Refinery is a UK leader in the production of lower carbon fuels and the only European producer of graphite coke for electric vehicle batteries. Gigastack is an exciting part of the Refinery’s decarbonisation journey and we look forward to progressing the project through to deployment.”

“Gigastack is exactly the kind of project that will help to make the UK a world leader in technologies that can help the whole world address climate change issues. Backing green hydrogen now will deliver investment, skilled jobs and leadership in an energy transition sector that is set to grow exponentially over the coming decade. We need to be ready for that growth.”

“The consortium has demonstrated to the UK Government and the wider hydrogen sector the benefits of renewable hydrogen alongside a pathway to commercialisation and deployment of a GW-scale electrolyser facility by the end of 2025, subject to government support. The Gigastack project has the potential to catalyse the large-scale production and supply of renewable hydrogen in the UK, an important step in our wider decarbonisation journey to net zero.” 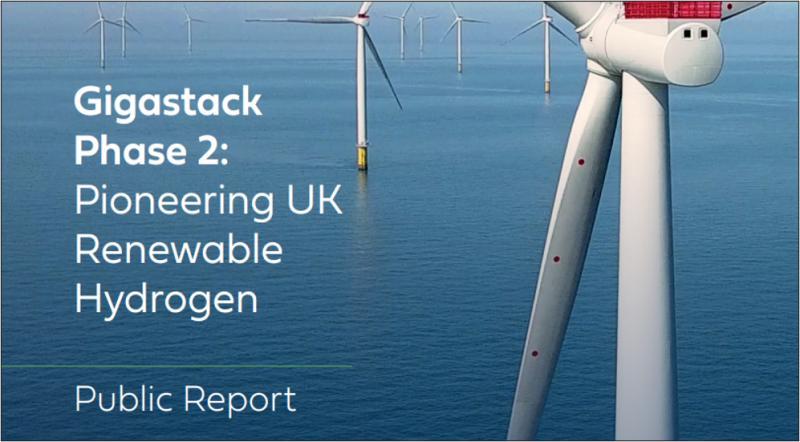